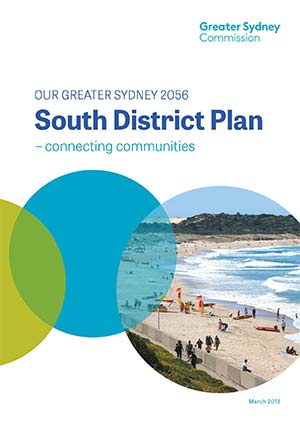 The Greater Sydney Green Grid is a long-term vision for a network of high quality green spaces that connects communities to the natural landscape. It links tree-lined streets, waterways, bushland corridors, parks and open spaces with town centres, public transport and public places. The Greater Sydney Green Grid builds on the District's established open space, the Regional Tracks and Trails Framework and the Principal Bicycle Network.

The South District benefits from bushland and national parks, and trees in parks and public spaces, along streets, and in the front and backyards of privately-owned land, creating a distinct tree canopy. These native and exotic trees provide an average of 26 per cent tree canopy cover in the Urban Area. Some areas in the south of the District such as Loftus and Padstow Heights have more than 50 per cent cover. Figure 21 shows tree canopy cover in the Urban Area in 2011.

Sutherland Shire Council has initiated a Green Streets program of street tree planting, with more than 5,000 trees planted since 2013, along with native grasses in road reserves and on other public land. The NSW Government has set a target to increase the tree canopy cover across Greater Sydney to 40 per cent.

Along many busy roads, where there is limited space to plant trees, there may be opportunities to plant other forms of green ground cover, such as garden beds and hedges that can help improve air quality.

The tree canopy may be formed by a mix of native and exotic, deciduous or evergreen trees, which provide shade in summer while allowing sunlight into homes and onto roofs for solar power, particularly in winter.

Urban renewal and transformation projects will be critical to increasing urban tree canopy cover. This can be complemented by other green cover, including rain gardens, green roofs and green walls. Green cover can help slow and store stormwater and improve water quality, filtering pollution before it reaches the District's waterways.

The District's councils generally provide guidance on enhancing tree canopy and tree cover in the urban environment, and information on street trees. Some encourage permeable surfaces to allow rainwater to soak into the ground and reduce stormwater run-off, which supports the growth of canopy trees and vegetation, and reduces pollution, flooding and urban heat. Where trees are lost as a result of development, some councils have developed programs to plant replacement trees in the public realm.

The long-term vision for the Greater Sydney Green Grid in the South District is shown on Figure 23. 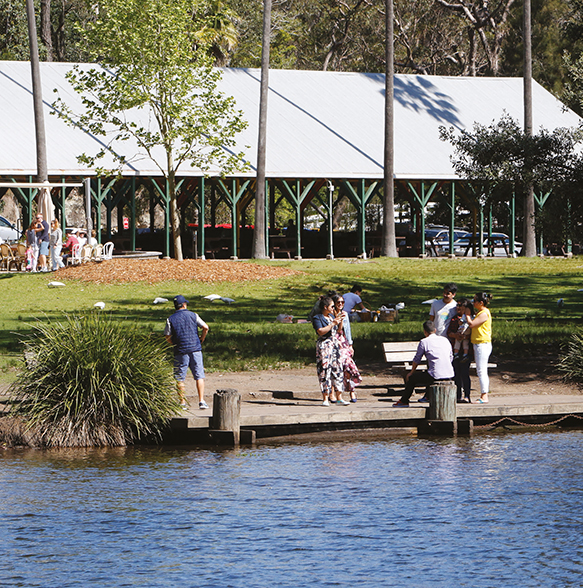 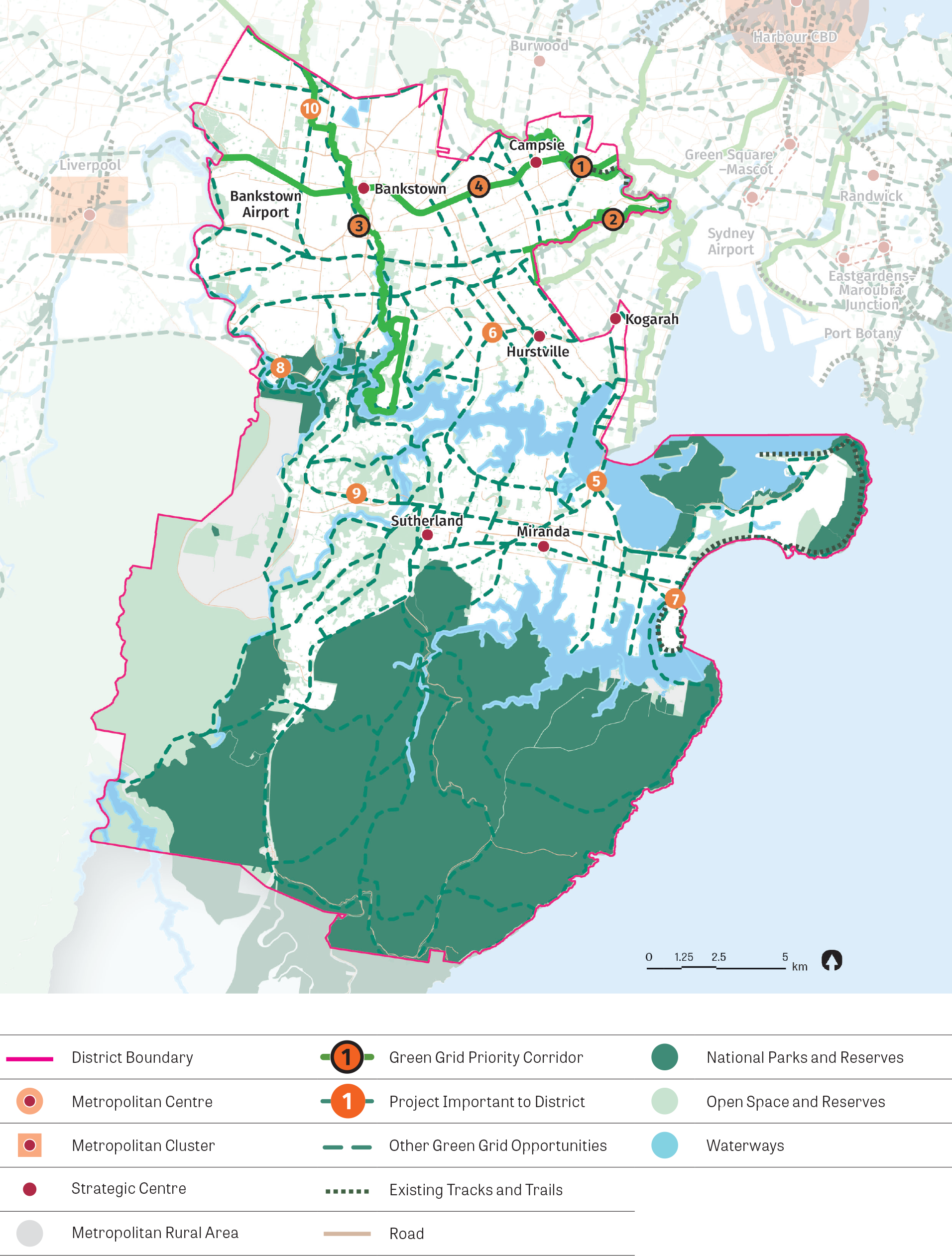