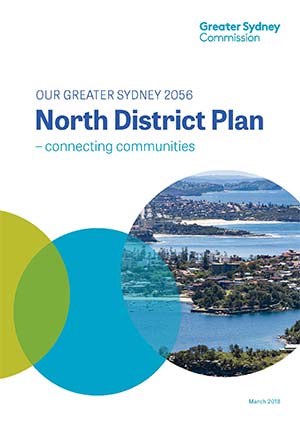 Go
X
Planning Priority N7
In giving effect to A Metropolis of Three Cities, this Planning
Priority delivers on the following objectives and the corresponding
strategies:

Growing the global competitiveness of Greater Sydney is fundamental to the vision of a metropolis of three cities.

The Harbour CBD contains 22 per cent of Greater Sydney's jobs and is Australia's financial business capital, containing a large proportion of the regional headquarters of multinational and national companies11. It has the largest commercial office market in Australia with the largest concentration of high-value knowledge-intensive jobs.

The Harbour CBD is a metropolitan city centre and includes the areas of Sydney CBD, North Sydney CBD, Barangaroo, Darling Harbour, Pyrmont, The Bays Precinct, Camperdown-Ultimo health and education precinct, Central to Eveleigh, part of Surry Hills and Sydney East, and is therefore discussed in detail in Planning Priority E7 of the Eastern City District Plan.

Delivering a well-connected city where transport investments improve residents' ability to access a larger and more diverse pool of jobs is central to the Harbour CBD.

Maintaining a long-term supply of office space will maintain Greater Sydney's global economic role, and should not be compromised by residential development. Future planning for the Harbour CBD will balance high levels of development with high levels of amenity.

North Sydney CBD as part of the Harbour CBD

North Sydney CBD is a thriving office market and is an attractive complementary office market to Sydney CBD. For this reason, it is recognised as the northern component of the Harbour CBD.

North Sydney CBD will continue to benefit from higher proportions of jobs in professional, scientific and technical services, financial and insurance services, and information, media and telecommunications12.

The North Sydney CBD is located on a rail line, and includes a bus interchange and access to major arterial roads. Sydney Metro City & Southwest will deliver a second North Sydney station - Victoria Cross station - to improve connectivity with the Harbour CBD and other centres in the Eastern Economic Corridor and expanded labour pool from the north west. North Sydney CBD's strong commercial core is thriving. Its ongoing protection and growth is key to its prominent role in the Greater Sydney office market. This commercial core is complemented by educational institutions, including the Australian Catholic University and many schools; Greenwood Plaza; and civic uses including the North Sydney Council chambers and Stanton Library.

With many office workers using the North Sydney CBD commercial core, a more diverse night-time economic offering should be explored. Continuing to improve walking and cycling links will attract business to the North Sydney CBD. For the same reason, public spaces should be protected from overshadowing and wind (potentially generated from buildings). 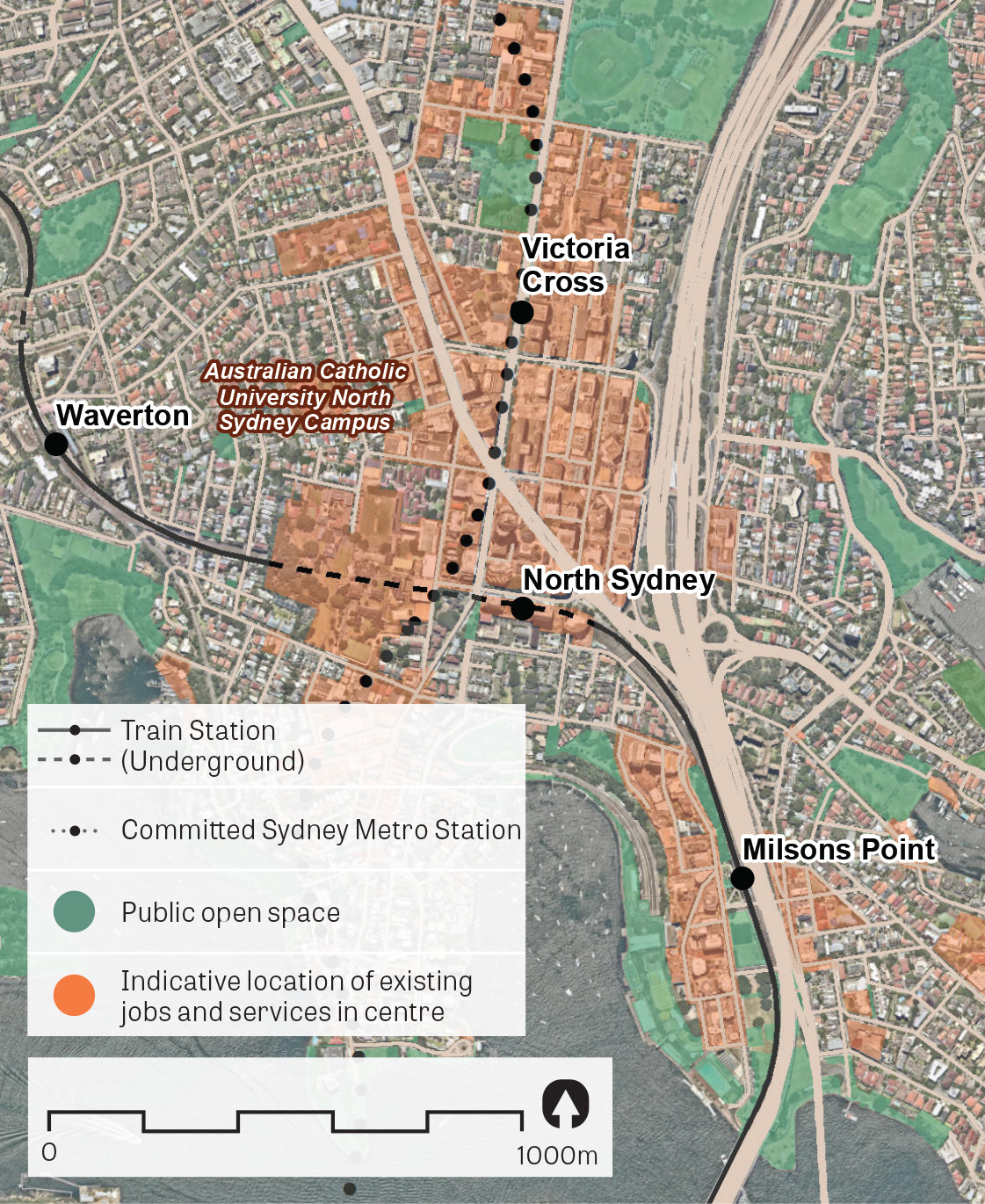 Grow economic development in the North Sydney CBD to:

a. maximise the land use opportunities provided by the new station
b. grow jobs in the centre and maintain a commercial core
c. strengthen North Sydney's reputation as an education centre, to grow jobs and add diversity
d. expand after hours' activities
e. encourage growth in business tourism as a conference location that takes advantage of North Sydney's identity as a business hub, its location, access and views
f. provide a variety of high quality civic and public spaces befitting a globally-oriented CBD, which can be utilised for a range of cultural and entertainment activities
g. improve amenity by reducing the impact of vehicle movements on pedestrians
h. create capacity to achieve job targets by reviewing the current planning controls.